The most important barcode formats at a glance 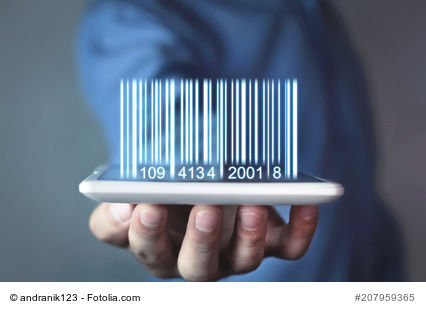 Attaching and reading barcodes on PDFs with webPDF

What are the advantages of working with barcodes? If you add barcodes to documents in PDF format, this has the strong advantage that you can recognize and assign your documents at any time.

Why barcodes are worthwhile?

Working with barcodes improves the workflow and accelerates the work steps. The attached barcodes make it easy to control the documents in the company. The advantage of webPDF: You can use the “Webservice Barcode” to attach the desired barcodes to PDF documents or to process incoming documents with barcodes and integrate them into your workflow. For example, if you receive PDF documents by e-mail or have created them yourself by scanning, you can search these documents for barcodes and read out the corresponding data.

What types of barcodes are there and what is their field of application?

More detailed information about the most popular barcode formats can be found here.

Example for the use of barcodes with webPDF:

An example for working with barcodes, where you can see how practical they can be, is the Leverkusen fine office. Here webPDF was used. This enables an automated process for a digital file based on SAP. The letters to all car owners are provided with barcodes along with the answers, so that all documents can be assigned accordingly.

Important: With the webPDF portal you can attach barcodes to PDFs and also read them.

How can webPDF read barcodes?

In the webPDF-portal, select the “detect barcodes” service:

You will see the following dialog:

How can I create barcodes in the webPDF portal?

And then you get the following selection menu:

In this blog article: Working with barcodes the creation of barcodes was described in detail (with video).

An exemplary structure for the parameterization of the call of the webservice can be found in our webPDF documentation or on GitHub.