Working with barcodes in PDF documents 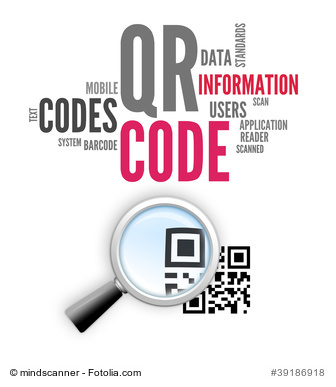 A representation of data that is readable electronically or optoelectronically is called a barcode or bar code. These are generally groups of linear and variously patterned bars and spaces. There are also 2D barcodes consisting of differently shaped geometric patterns, which contain information in a smaller amount of space. A so-called QR code consists of squares arranged in a square grid.

The data contained in a barcode can be read and processed by optical scanners, such as barcode readers and cameras. There are many different types of scanners depending on the various fields in which barcodes are used. Barcodes are generated using those conventional printing techniques that can produce printed versions of superior quality.

Barcode benefits at a glance

Creating and recognizing barcodes in PDF documents with webPDF

Now you can improve and make the workflow in your company more efficient by using webPDF to generate barcodes in PDF documents. Barcodes also let you better control and manage documents. And you can identify your data at any time and store it in a structured manner.

What barcode formats are available in webPDF?

Besides creating barcodes, there will be times when it is important to identify and read barcodes on incoming documents. Once you receive a PDF document electronically or generate one yourself with a scanner, you can use webPDF to search for barcodes in the documents and then read out the data they contain.

You want to know exactly how it works?

In this video we show you how to create and recognize barcodes in PDF documents with webPDF: