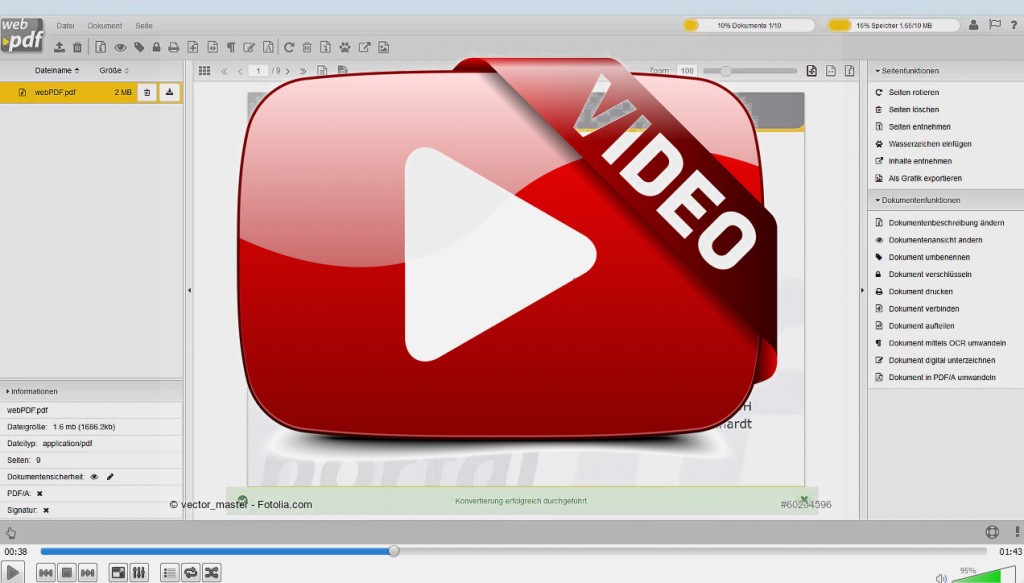 The launch of webPDF 6.0 is the perfect opportunity for using a short video series to acquaint you with all of the convenient features you’ll find on this enriched web portal. We’ll be using this first video to give you a brief introduction to the basics of using webPDF 6.0 and be following it with additional parts presenting more details about mobile use, operating options, and all the new possibilities available in the admin section.

On our Youtube channel we regularly publish helpful tutorials or news about our software and updates and show the most important features in the video. Via our SoftVision Development GmbH channel you can find more, also about fair visits or about the n2pdf software.