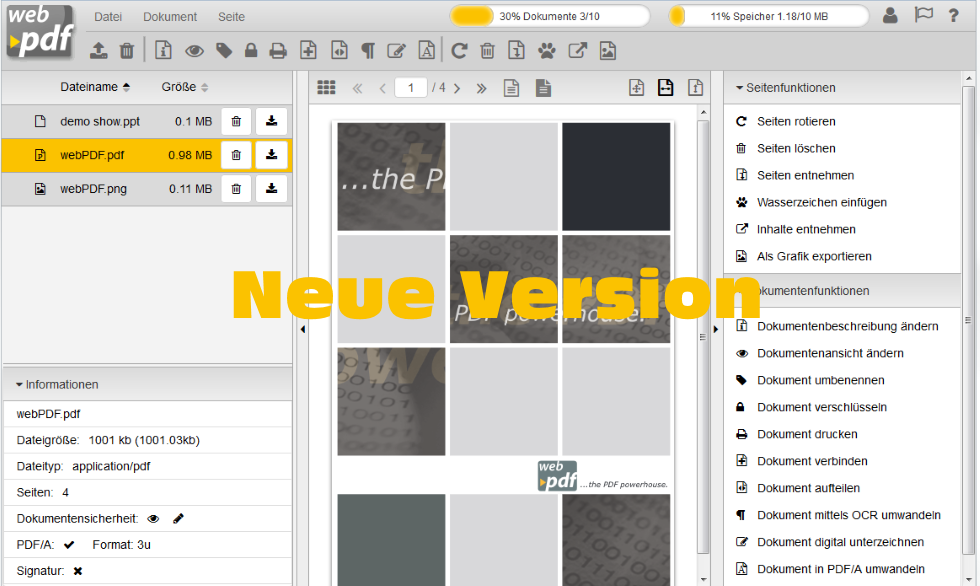 The latest version of webPDF has hit the market! This powerful software solution is now available as the new webPDF 6.0 edition. The hottest and latest features include a newly conceived web portal along with detailed improvements in PDF functionality. We gave the web portal’s user interface a fresh makeover with responsive design that puts an even greater focus on clarity and ease of reading, along with a more intuitive user experience. The server itself also provides a number of key enhancements, such as the new RESTful API.