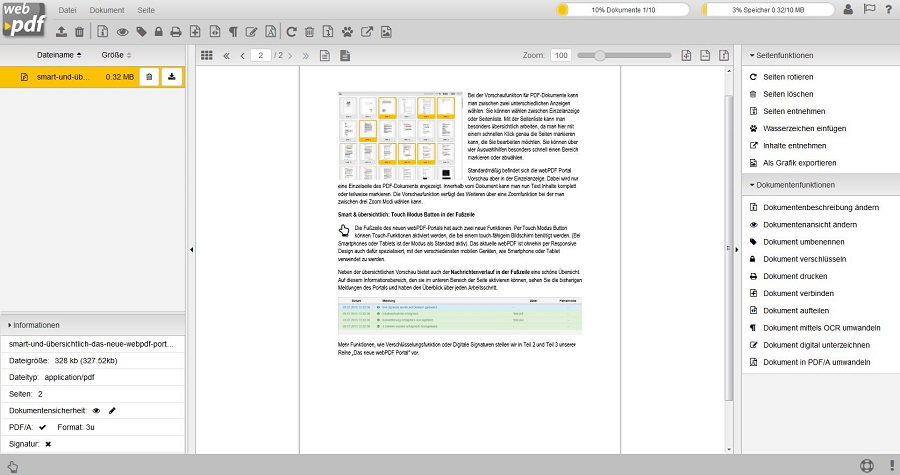 The release of the new version webPDF 6.0 is just around the corner. For those of you, who are interested, we have released an online demo version in advance. The new interface is available for testing on the webPDF portal.

Free demo version – get to know the new functions

Test all the new features here such as page rotation, watermark, image export, encryption, OCR, digital signature or conversion to PDF/A – without having to install anything. You can easily upload documents via the browser and then edit them in multiple ways.

If we have aroused your interest with the portal, then test the virtual machine of webPDF or install webPDF yourself under Windows or Linux with our demo version. If you have any questions or problems, please do not hesitate to contact us. Our support also helps you during the evaluation. Or simply send us a message via our contact form or make an appointment for a call back.