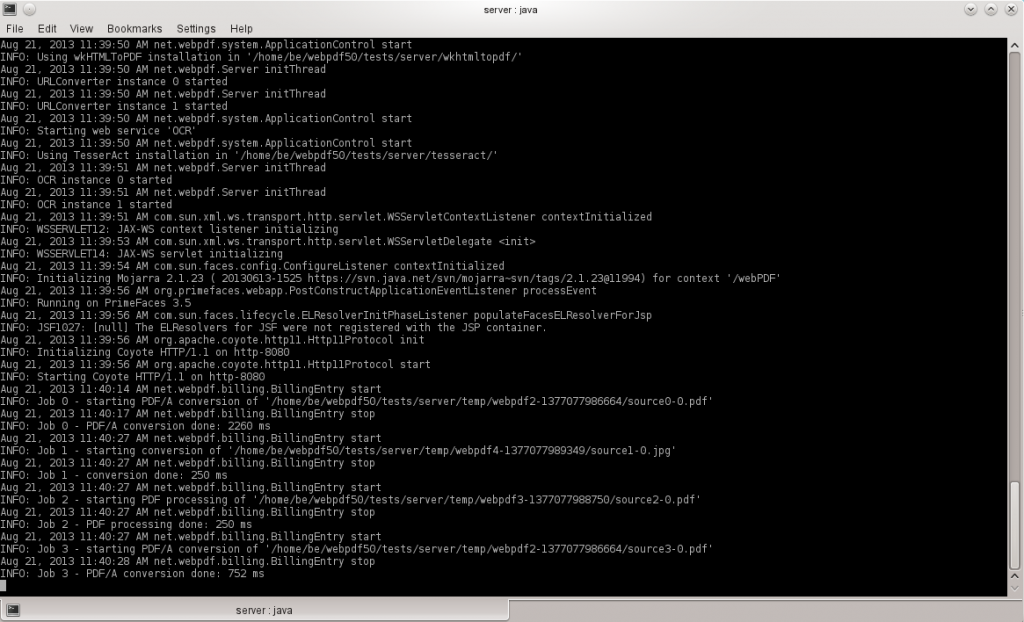 The server-based webPDF solution not only makes it a lot easier for users to handle and manage an often overwhelming number of files in different formats, but dramatically improves the daily workflows within your company as well.

webPDF lets you centrally manage the overall way your organization uses and interacts with PDF documents. This tool enables users to access its PDF features from anywhere using a PC, notebook, tablet or smartphone. And its centralized installation and administration on the server helps reduce your licensing and operating costs.

Information managers and tech specialists are not the only ones familiar with the problem: The rising flood of files and data that workers confront on a daily basis is drowning their hard drives in a deluge of different file formats. Besides the drawback of being unable to access and read important documents across all programs and operating systems, there are also the risks associated with having no assurance that critical business documents will be archived at an appropriate level of legal and audit compliance.

Now there’s a simple and affordable solution: By centrally deploying and ad­minister­ing webPDF on the server, users throughout your organization can easily convert more than 100 different file formats (such as xls, doc, ppt and odt) into PDF docu­ments, and then manage, export and print them. This tool is also ideal for handling those many different kinds of documents people send by e-mail. And who hasn’t been frustrated by distorted layouts and other problems stemming from system incompatibility when opening and using different file formats? This server-based solution is the automated way of standardizing incoming documents of varied formats as PDFs or converting files to PDF/A for compliant archiving. What’s more, webPDF can also function as a gateway to the long-term archive and ensure that only those documents that meet the PDF/A standard land within it.

In addition to its huge potential for making work easier for users and freeing up resources within your company, the PDF server has a number of other valuable features, such as its ability to embed digital watermarks or convert HTML documents to PDF. But perhaps the biggest benefit of all – besides the fact that no software has to be installed on your computers – is that a web portal containing all the PDF functions and features can be accessed through your local network or from anywhere using mobile devices. And there are no hidden or additional charges. Installed one time on the server, it not only guarantees unlimited use, but will surely save you a lot of time, money and bother.