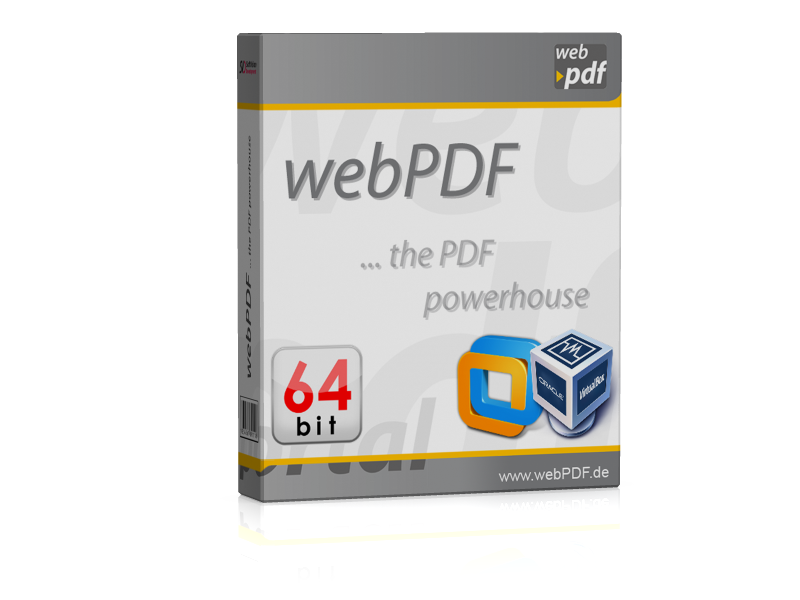 webPDF 6.0, our latest version, offers a number of new features. Here is a look at all of the most-important innovations. webPDF is, of course, still available as a virtual machine:

You’ll be amazed at how quickly webPDF is ready to run as a virtual machine (VM): You can use the software in VMware or VirtualBox in only five minutes time. In addition to the installation columns for direct installation on Windows and Linux, we’ve also made a VM for webPDF 6.0, which is based on Debian-Linux (64 bit) and is available in open virtualization format (OVF). webPDF is ready to run in record time on the hypervisor systems VMware or VirtualBox and is also the reason that makes webPDF especially simple and convenient for integrating within existing system architectures. Extremely little configuration is required.

The webPDF VM integrates itself automatically within your corporate network via DHCP and can be adapted to your needs through a console (e.g. using SSH). You’ll get 100% access to the virtual machine to administer and customize it as you choose. The web services or portal will be available in only a few minutes.

What sorts of things can I do with the virtual machine?

The VM lets you use webPDF for testing purposes and you can utilize the test environment for development. Just use the local hypervisor on the development device – whether VMware Workstation or VirtualBox. You’ll find this to be an enormously practical way of deploying the most-current version or multiple versions in no time at all. And you can do all of this without having to install anything.

Use as a live system

It takes almost no time for webPDF VM to be up and running within your company’s virtual environment. You can then access and use its full range of features and later adapt the system and resources any way you wish. It’s also easy to integrate the VM with other systems, such as IBM Domino, Microsoft Exchange/SharePoint and SAP.