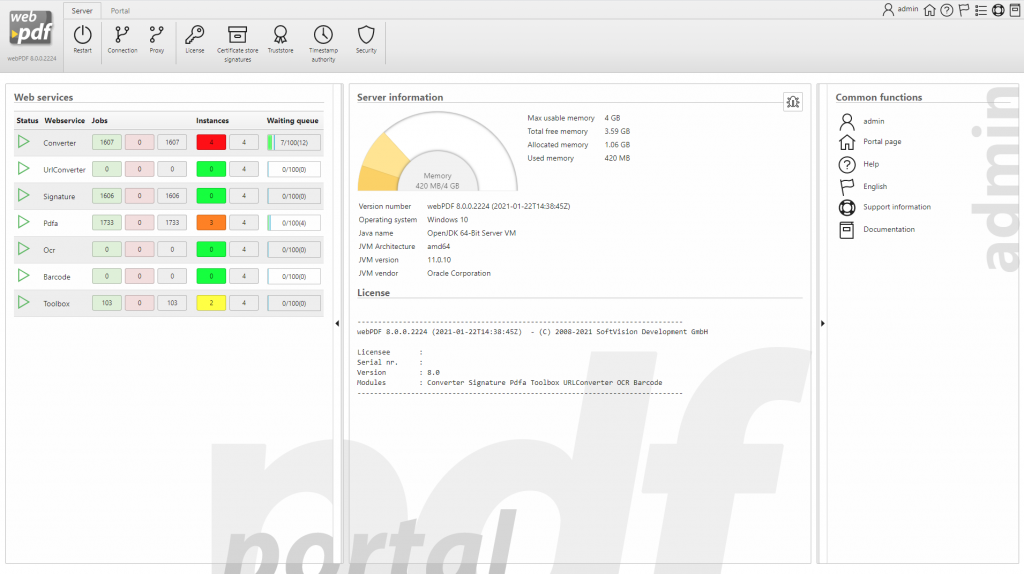 With the latest update of webPDF 8 we provide you with a new feature for the web portal.  As an extension of the dashboard in the administration area, you will now find a display of the server load in the backend.

This gives you the possibility to check the load of the server and the individual web services at any time. This allows you to quickly see when, for example, it is necessary to adjust the configuration or re-license additional instances of the web services.

The new overview can be found on the dashboard of the administration area.

As can be seen in the graphic, the following information can now also be found in the overview for each web service on the extended dashboard:

The display refreshes automatically after a predefined interval, i.e. the page does not have to be reloaded manually.

Further information on the topics of server information, performance and adjustment of the instances can be found in the user manual in the Administration section.