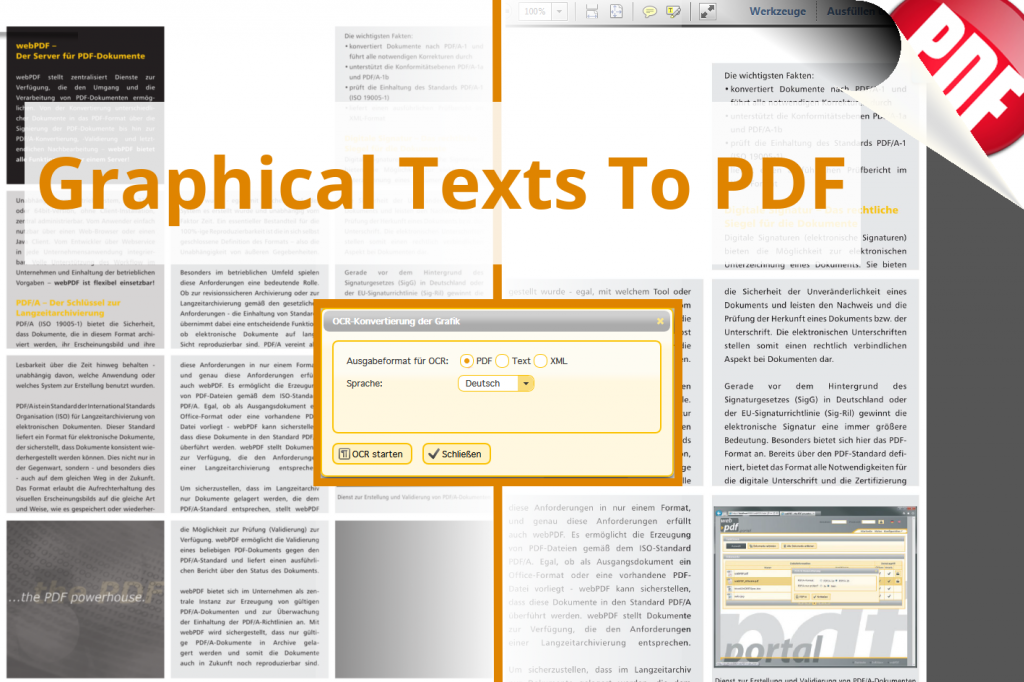 Optical input devices, such as scanners and digital cameras, mostly produce images in the form of raster graphics. Such graphics may well contain texts that your computer alone cannot process as such, especially in light of the fact that it is impossible to edit or search text within such graphics formats as png and jpg.

The following instructions illustrate how you can use webPDF and optical character recognition (OCR) to convert graphics containing text into PDF format.
You can open and use the webPDF portal here:
https://portal.webpdf.de/webPDF/index.html
(Note: You can change the language by clicking the respective flag in the upper right corner.)

These instructions are also available as a video:
https://www.youtube.com/watch?v=lPSDIIwYgXI