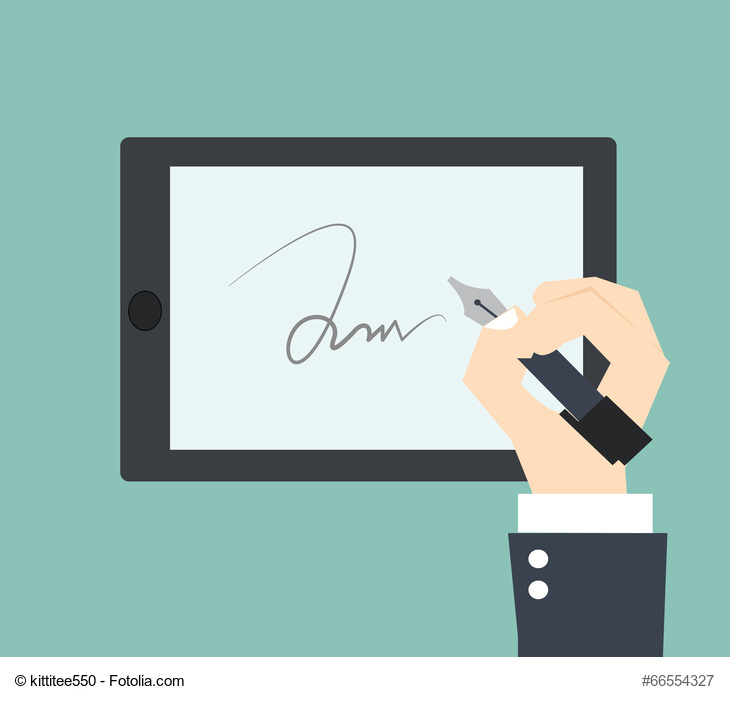 Several employees should be able to read and sign PDF documents

This scenario shows how we worked with a client to develop a solution for a digital approval process. It is an individual, customer-specific application. This case shows how various web services from webPDF were used to implement the solutions for the customer.

The customer’s initial scenario was the optimisation of a workflow for internal approval processes.

Requirement of the customer

The customer’s requirement was to create a possibility for different users to read and sign PDF documents in a workflow until an authorised user can finally close the document.

Originally, the customer had stored a signature as a graphic in the corresponding place in the workflow. In the future, it should remain a local application. The webPDF web portal was the starting point and source of ideas, which gave rise to the idea of developing a corresponding extension to optimise the existing workflow:

It should be possible to read, scroll and zoom a PDF by clicking the mouse on the right (preview image is used). Then you can draw a frame with the mouse, the signature/graphic of the respective editor is stored here and is then inserted, and you can also choose whether you are the final signatory. At the very end, the PDF is then marked final and possibly also protected against changes.

It should be possible to visually check the PDF document in a preview and then sign it digitally (with the option of freely positioning a signature graphic of the user). This process must then be repeatable for different employees until a final signature and release.

For the process, different webPDF web services (in this case for the preview: “webpdf toolbox image export” and for the drawing of the signature frame: “webpdf toolbox signature”) should be used and combined in one application.

Development within the scope of this customer project

Based on the requirements described, a local Java application has been developed for the customer as part of a project. The Java application should be usable from every employee client and every logged-in user should be able to access his or her personal signature. For this purpose, the personal signature was made available for the individual user profiles in a centrally accessible Windows share. The basic functions of preview generation and signing are provided and processed in the background by the corresponding webPDF web services via the Rest API.

Since the necessary steps and interactions for the users should be kept as low as possible, the Java application takes over the current rights and accesses the required data without any additional interaction on the part of the user.

The application is started by the user via the context menu of the Windows file manager when selecting the PDF to be signed.

Subsequently, the document can be provided with the user’s electronic signature in the application via the action “Sign”.

The user can either sign the document only or close it in addition to signing it, thus protecting it from further editing and changes.